A Vision Of The Future 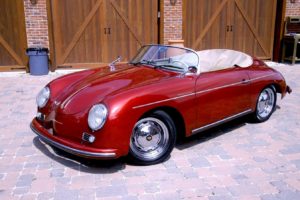 Just a A Vision Of The Future… I believe the future belongs to those who develop Liquid Fluoride Thorium Reactors and Electric Vehicles. Yes, you can quote me on that.

As I write this, there is a movement out there to bring to light a technology developed many years ago. Known as LFTR (pronounced “lifter”), the Liquid Fluoride Thorium Reactor is a form of Molten Salt Reactor that uses the radioactive element Thorium as its primary fuel. As I’ve discussed in a previous article it’s a much safer, cleaner and cheaper form of nuclear power that really should have been the direction the world headed in when developing nuclear power as the way to generate electricity.

I won’t go into all of the details because there is a number of excellent videos on YouTube already where you can learn all you need to know in a matter of minutes. So far I think this one is the best.

So far the proponents of LFTR have had a hard time getting their message across to those in the U.S. government who really need to know about it. And the longer it takes, the farther we’re falling behind. China has recently begun to invest heavily in the development of LFTR. The country that makes this reactor commercially viable first will be the world leader in energy production AND the world leader in the lucrative rare-earth element market. A market already dominated by China.

Liquid Fluoride Thorium Reactors are coming, one way or another. The U.S. can either step up, or we can get our asses handed to us once again.

The other movement of course is electric vehicles. Not the celebrities jumping up and down about having their EV1’s taken away, but the average Joe in his garage converting his car to an electric car.

Over the last few years, electric vehicle conversions have become very easy. Some cars can be done with very little custom fabrication simply because they’ve become popular platforms for conversion. The Volkswagen Beetle, for example, or any kit car based on it (ie: Porsche Speedster or Spider).

Jack Rickard, of Boardwatch Magazine fame, runs EVTV, a weekly internet TV show on the topic of DIY electric vehicle conversions he and his long time friend Brian Noto complete in their own personal conversion shop.

Of course building an electric car isn’t cheap. There’s not quite enough people doing it to make mass production viable for those building the equipment. The most expensive parts right now are the batteries. A battery pack capable of giving the average car a 100 mile max range will cost you around $10,000, give or take. The other components can add another $8,000-10,000, not counting the car itself.

While this seems pricey, it’s important to keep in mind the cost of the few electric cars that are available on the market. Cars like the Nissan Leaf, or even the Tesla Roadster.

That and so far all of the electric cars the car companies produce use lithium oxide batteries, instead of the much safer lithium phosphate (LiFePO4) batteries. The same batteries that are proving to be a fire hazard in the Chevy Volt (serial hybrid). You would think with shows like EVTV and the countless other DIY electric vehicles well documented in the internet, the car companies would be able to do a better job of producing quality electric cars.

Meanwhile, the average Joe can find a car he really likes, strip out the internal combustion engine and related parts, replace them with electric components and drive happily past the gas station on his way to and from work every day.

It’s when you combine both of these movements together that the world of the future starts to come into focus. A world where cheap, clean, abundant electricity meets clean electric vehicles. A world where polluting sources of energy and transportation are needed less and less every day. A world America needs to be creating, not sitting idly by while the rest of the world is working furiously to get their first.

In my opinion, the world economy really depends on the U.S. making this leap forward first. So much of the world is economically dependent on U.S. prosperity, as evidenced by the global recession we’re currently in. When we suffer, the world suffers worse. When we prosper, so does the rest of the world.

But the rest of the world isn’t sitting on it’s hands. They very well could beat us at our own game. Then we get to see what it’s like to be a second or third world country.