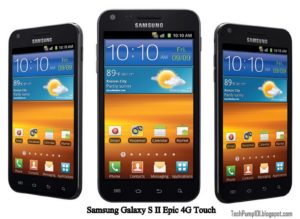 It’s been a while since I’ve posted on my adventures in Free Cell Phone Service. Some things have changed recently, so I thought I should post an update.

For some time I have been relying on a combination of Google Voice and Spare Phone over a WIFI connection to make and receive phone calls. Unfortunately, the author of Spare Phone has updated the app, rendering it completely useless if you install the update. Until now, I’ve been using an older version, not allowing it to update, which has been working.

Google has recently integrated Google Voice into Google Hangouts. I thought I’d give it a shot and I was pleasantly surprised. Call quality using Hangouts is far superior to that of Spare Phone. No more echo, no more static, no more breaking up. Google Hangouts also allows me to use any device, be it my Galaxy S2, my laptop and even my tablet as a phone. As before, all calls within the US are free over any WIFI connection.

I’ve also found myself an additional service which allows me to use my phone on the go. FreedomPop advertises “100% Free Mobile Phone and High Speed Internet Service.” This isn’t entirely accurate however. If you purchase one of their phones (some of which are pretty good deals), they do offer you 200 minutes of phone, 500 texts and 500MB of data per month for “free.”

You can also “Bring Your Own Device” and they will activate it for about $20. This does not qualify for the free service as you are not purchasing one of their phones. They do however offer their services dirt cheap. $10.99/mo for unlimited talk and text, with 500MB of data. Or as I chose, $7.99/mo for 500mins talk, unlimited text and 500MB of data. I also added data rollover for $3.99/mo, so whatever data I have left will roll over every month (up to 20GB).

This brings my monthly total to $11.98 for 500 minutes of talk (which I will rarely use), unlimited texts (again, rarely used) and 500MB of data, which will roll over any unused every month. If I do go over my data, it’ll only cost me 2 cents per MB.

Here’s the catch: FreedomPop doesn’t really offer cell phone service at all. They offer SIP/VOIP service over the cellular networks. Just like I was already doing using Google Voice, only this is over the cellular network AND WIFI. Also, Google Voice will not forward calls to your FreedomPop number. For some reason, you can’t verify the FreedomPop number. All you get is dead air, if you get the call from Google at all.

Trying out the FreedomPop voice, I found it to be WORSE than using Spare Phone. Having fixed the quality issues using Google Hangouts, I opted to minimize my use of FreedomPop’s voice and text service. Instead, I chose to get the cheapest possible service plan, take advantage of the “free” data service and focus on using my existing free cell phone service, Google Voice / Google Hangouts.

I still use WIFI more than anything, but now I have access to everything else via my dirt cheap data plan. In a pinch, I can still use FreedomPop’s voice and text services, even if I’m nowhere near WIFI. I can access any data anywhere, and as long as I use it sparingly it’ll only cost me about $12 a month. If I go over, it’s only 0.02/MB.

With all this in mind, let me recap how to get Free Cell Phone Service on an Android device…