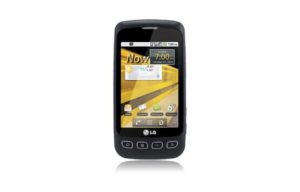 Free cell phone service. Now there’s a statement that will pique anyone’s curiosity. But if you have an Android phone that can use WIFI connections, whether currently active or not, you can make and receive free phone calls and text messages.

The first thing you’re going to need is a Google Voice account. Google Voice gives you a phone number that can be forwarded to one or many different phones. If the phone you’re forwarding to can handle text messages, you can forward those to it as well. If it’s a smartphone, like an Android, you can also install the Google Voice app, which can replace your voice mail, send and receive texts and so on.

This is half of what you will need to get free cell phone service on an Android phone. The other half is an app called Spare Phone.

Spare Phone acts like the part of GTalk that integrates with Google Voice to allow you to make and receive phone calls. By setting your Voice account to forward calls to “Google Chat,” Spare Phone will be able to make and receive free phone calls any time you’re connected to a WIFI network. It works almost perfectly (had one report of echoing from someone I called) and costs $2.99 in the Google Play store, thus the “or close to it.”

Understand, this won’t help you while you’re on the road or away from wireless internet connections. But chances are you’re at home or at work or at a restaurant or coffee house that has free WIFI available, or can get to these places easily enough. Any one of these places, where you likely spend a lot of your time anyway, can grant you free cell phone service. Or rather, VOIP service over WIFI.

Even if you don’t need the free cell phone service, I highly recommend using Google Voice. It makes one phone number extremely portable. You can forward the number to any of your phones with a few clicks of a mouse. If you’re anything like me, you change cell phones and phone numbers like you (should) change your socks. Now you have a number that can follow you anywhere, and even block calls from unwanted pests.

So, most of the time I have access to wireless internet connections. In which case I can use my Android phone for free cell phone service. When I’m at home, I use the Android mostly for texting and forward my Google Voice number to my Magic Jack phone. If I’m going out, I’ll forward it over to my Cricket phone. If where I’m going will have WIFI (like if I’m going to work), I’ll take the Android with me too and simply shut off my Cricket so I don’t burn through minutes unnecessarily.

This trick should also work with any Android tablet or other device, as long as you have some way of speaking to the caller and can hear them (speakers, mic, bluetooth earpiece, etc).